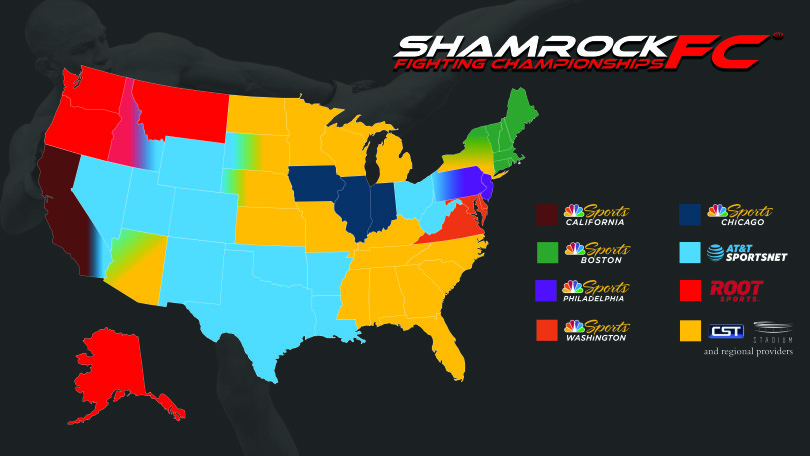 As always, both Shamrock FC events will be aired LIVE via pay-per-view on FITE TV. For other combat sports fans around the world, past events from the Shamrock FC archives are readily available to more than 129 million households through the organization’s many broadcast partnerships.

Below is an updated list of where sports fans can enjoy Shamrock FC events, along with FITE TV.

Shamrock FC Founder Jesse Finney: “I firmly believe nothing beats attending a Shamrock FC event in person, but for those who aren’t so lucky, we’re very grateful for the support of our many broadcast partners around the United States. We’re very proud to reach over 120,000,000 households, and we have even bigger plans for the future.”